The Wildebeest Migration, is an enormous year round movement of animals, in which close on 2.5 million herbivores munch their way along an 800km route around the greater Serengeti area of northwest Tanzania, occasionally dipping into the Maasai Mara area of the Southwest Kenya.

The main body of the migration is formed by around 1.7 million wildebeest, who are rather dull-headed creatures. It is the 500,000 zebras that appear to be the main decision makers in terms of routes and timings.

This mass movement is driven by the continuous search for drinking water and quality grazing, which is in turn dictated by the seasonal pattern of rainfall and the underlying soil conditions.

The migration is accessible for most of the year, although you do very much have to plan your safari to be in the right places at the right times.

The three main highlights are the river crossings Jun/Oct, the calving season Dec/Mar, the rut Mar/May.

River crossings are generally considered to be a great safari highlight of the safari year in this area. The spectacle of the herds swimming the river with crocodiles in pursuit can certainly be really quite extraordinary.

The main crossings are on the Mara River, which is in the extreme north of the Serengeti in Tanzania and in the south of the Maasai Mara in Kenya.

The Mara side has historically been the more popular area for this spectacle, the Serengeti side only really having opened up to visitors since 2009. But the Serengeti has a visitor density around 5-10% of that in the Mara and is therefore generally considered to be the better location; traffic can be a real issue in the Mara during the migration season.

The herds usually arrive into the Serengeti Mara area around mid to late July, with river crossings starting almost immediately and continuing throughout the peak dry season until they start to move back south around early November.

The herds usually arrive into the Mara area around early August, with river crossings occurring usually every day until the animals start to return south around late October.

A little earlier in the year, the north-bound herds also cross the lesser Grumeti River in the Serengeti West and Serengeti Central areas, usually starting around the middle of May and running through to the end of June. 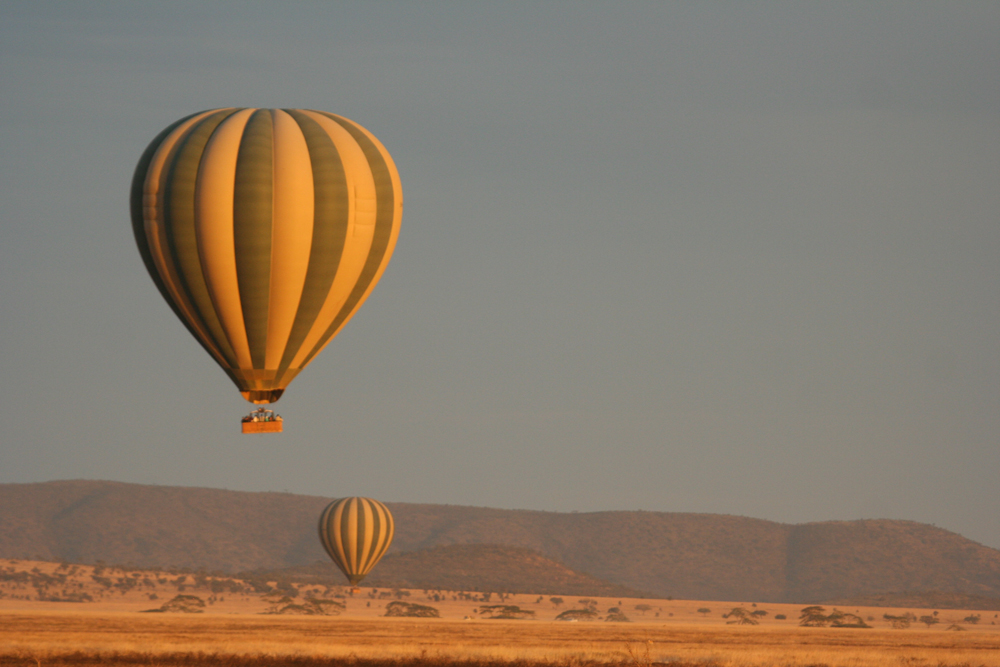 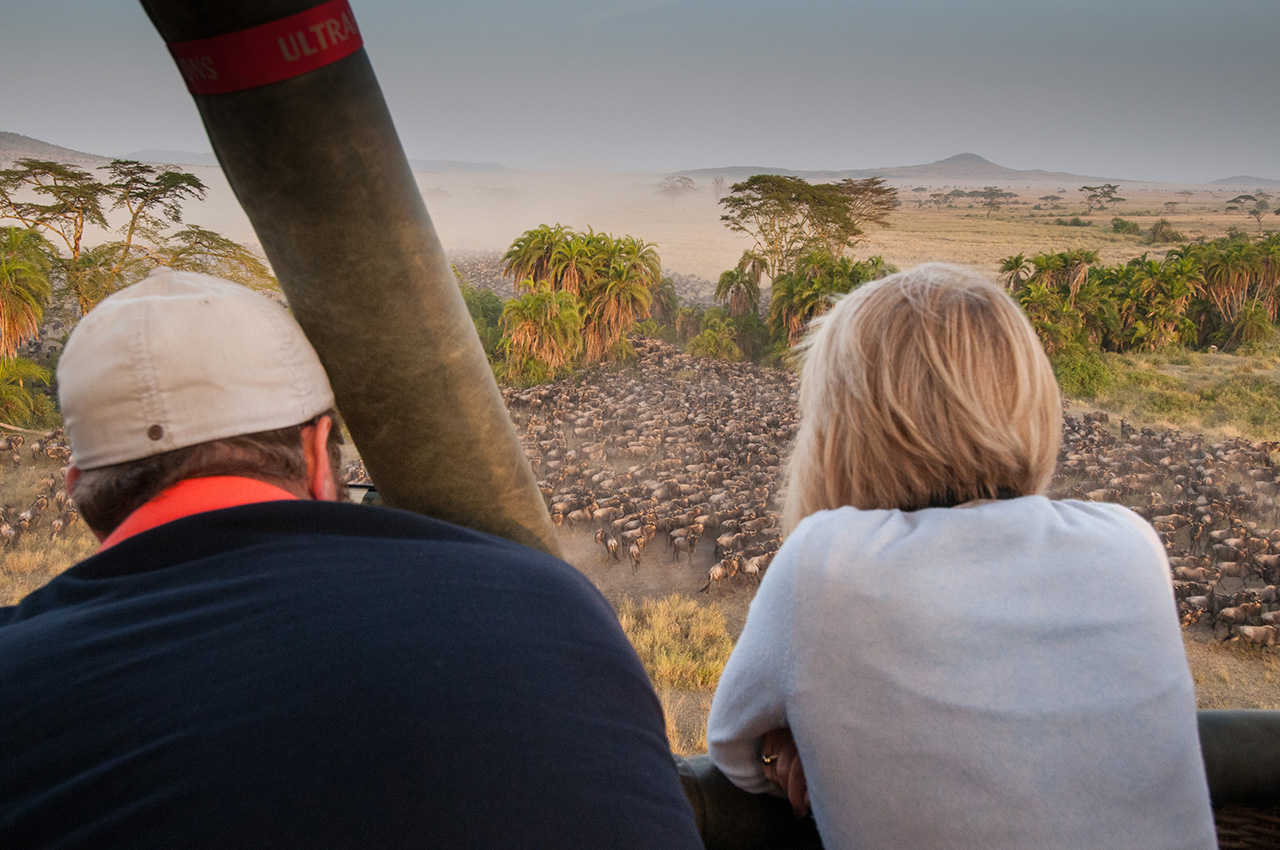 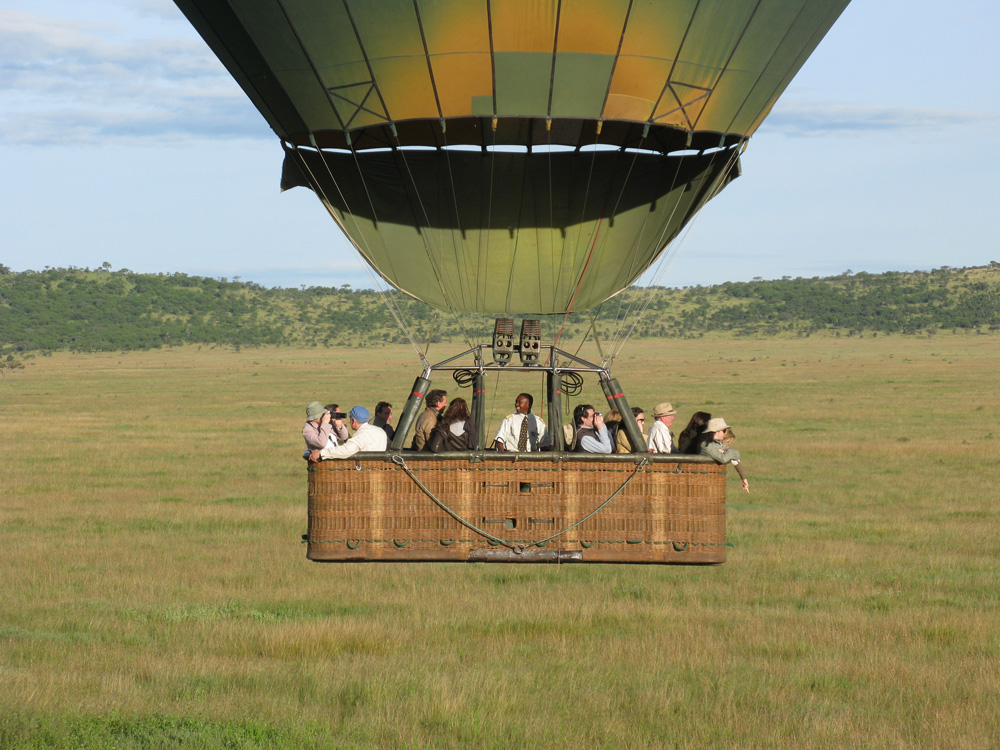 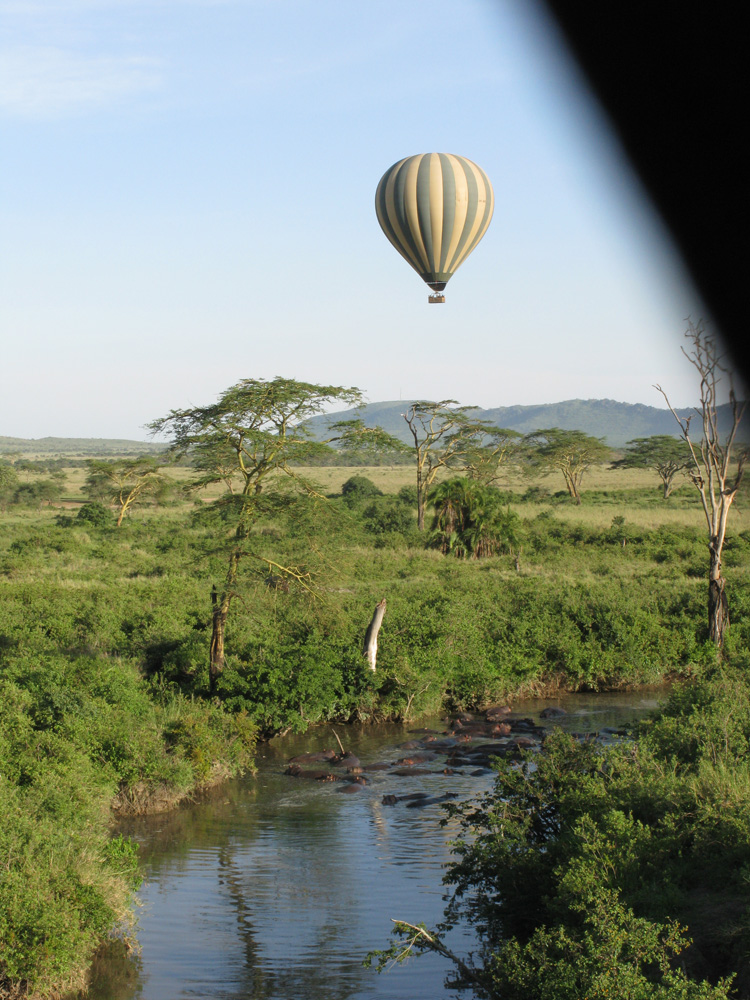 THE BEST LOCATIONS AND DATES FOR MIGRATION CALVING SEASON

Calving action usually starts during the 15DEC/10JAN high season. However the core period for the calving spectacle is 11JAN/28FEB, after the holiday rush has subsided and before the main rains start to properly gain momentum.

Although the weather generally remains warm and sunny, there there can be rain around throughout. Also the vast majority of the camps in this part of the Serengeti are mobile tented operations. This combination does mean that visitors may need to be a little bit more outdoorsy than during the dry season.

The event also spills over into the 01MAR/20MAY season, although almost all of the youngsters will have been born by then and, as March draws on, the chances of significant rain becomes high. However very low visitor numbers make this an extremely attractive period for more outdoorsy safari travellers.

THE BEST LOCATIONS AND DATES FOR MIGRATION RUTTING SEASON

The rut is the period of the year when the herds choose to breed.

What makes the rut such an impressive spectacle is that this is the time of year when the herds choose to start their movement north, often coming together into enormous columns as they leave the plains and cut across towards the Western Corridor. The fact that the ladies are all on heat and the lads are all running around hooting and honking simply adds to the glorious mayhem.

The best season to view the rut is 01MAR/20MAY. Trouble is this also coincides with the main rainy season, centered on mid-April. Not many people are prepared to brave the conditions, so the spectacle goes largely unseen.

It might also be possible to catch the tail end of the rut in the early part of the 21MAY/30JUN season. At least if you miss it there should be plenty of good weather around to compensate.